An Aspirating Smoke Detector (ASD), consists of a central detection unit which draws air through a network of pipes to detect smoke. The sampling chamber is based on a nephelometer that is capable of detecting the presence of smoke particles suspended in air by detecting the light scattered by them in the chamber.

In most cases aspirating smoke detectors require a fan unit to draw in a representative sample of air from the protected area through its network of pipes.

Aspirating smoke detectors are highly sensitive, and can detect smoke before it is even visible to the human eye. 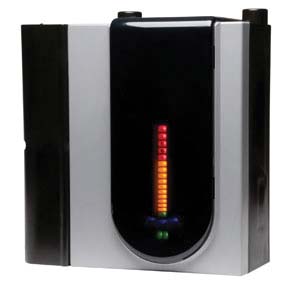